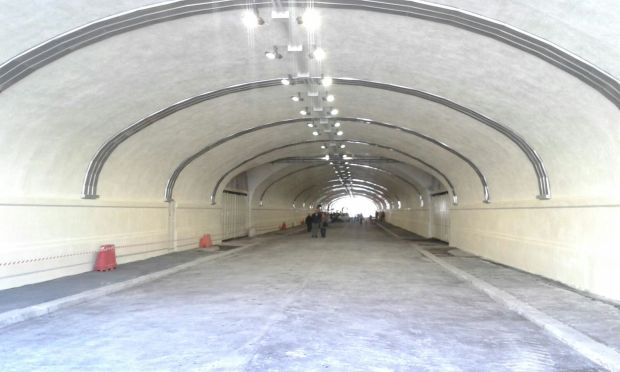 On Sunday 20th of March, the “Via Spoleto” Tunnel in the neighbourhood of Greco, Milan was re-opened after a complete renewal. The inaguration of this vital connection between two sides of the railway viaduct was the opportunity to celebrate the outcomes of the projects developed by the local organizations, including our partner Associazione 4 Tunnel, in collaboration with the municipal administration.

Once a just dark and dangerous “hole” in the long barrier, now this tunnel (along with the other ones renewed in the last few years) is a bright connection, facilitating interactions within what once was a single neighbourhood. Now the challenge is to keep it in good shape and to start the re-vitalization of the nearby areas, starting from public spaces, in order to create a network of liveable places.

In this context, the project Spazi Centrali aims to further enhance the possibility of connecting the neigbourhood, by using participatory placemaking tools to foster local energies and develop concrete proposals for interventions in the public spaces in the area.

The project Spazi Centrali was selected in the Open Call Sfide delle Città and is supported by the Dutch diplomatic missions in Italy.